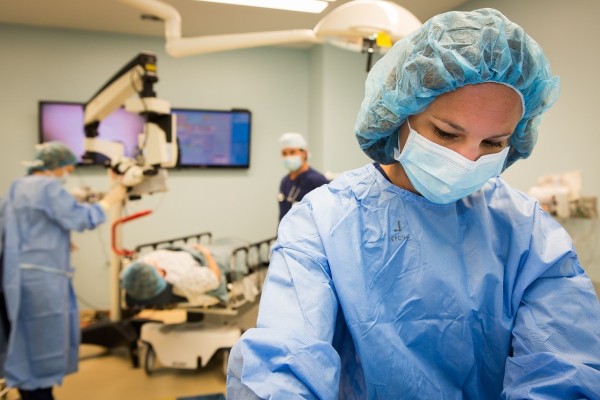 Hospital in Kingston, NY, Rated among the Worst in Nation

When you have to go to the hospital, you trust that they know what they are doing. You have to, because it’s not like you can perform surgery on yourself. We have no choice but to put our lives in their hands—and to trust them with it.

But sometimes this goes awry.

Medical malpractice is one of the most heartbreaking—and terrifying—parts of modern life. Recently, one of our very own hospitals was rated the nineteenth worst hospital in the nation by BetterDoctor.com. The HealthAlliance of the Hudson Valley Broadway Campus in Kingston, NY, underperformed in five of the 19 categories compared to the national trends. These categories included the death rate for chronic obstructive pulmonary disease (COPD) patients and the pneumonia 30-day mortality rate, among others.

A spokesman for HealthAlliance dismissed the report and its ranking, saying that they were “unfamiliar with the source.” The website that released the report compiles data from Medicare.gov and has been tracking these categories closely since 2012. We do not know if this information is a true and fair representation of the Kingston hospital’s performance, but it is a reminder to be highly critical when choosing medical care for you and your loved ones.

This is not the only instance of medical malpractice that has been in the news recently. In August, St. Mary’s Medical Center in Florida closed its pediatric cardiothoracic surgery program. Following a yearlong investigation by CNN, it was found that this program had a 12.5 percent mortality rate for open heart surgeries from 2011 to 2013—a rate more than three times the national average. These mortality rates must be adjusted, as there is always a risk involved in any surgery that must be accounted for and acknowledged. St. Mary’s has said that its mortality rate is only 5.3 percent when adjusted for such risk, which means that they have taken into account the level of health of the patients before treatment. However, they have not released any data to support this risk-adjusted rate.

As of now, a comprehensive investigation is underway to determine whether or not CNN’s findings are accurate. Until there is an answer, we want to remind you to not take medical mishaps lightly.

As patients, we all must be cognizant of the risk we take when we turn our lives over to a medical professional, but that doesn’t mean that we have to sit back and accept medical error or negligence as just “part of it.”

Sometimes, it was nothing that the doctor did or didn’t do. There may have been unforeseen conditions that endangered a patient’s well-being while receiving medical care. It is not possible to predict how a patient will respond to a treatment or surgery, even if the procedure is performed by the book.

But sometimes, it is something that could have been prevented. It is almost impossible to determine by yourself whether or not you have a chance of receiving compensation. This is why it is best to consult a medical malpractice attorney so that he or she can begin the investigation.

Here are some common examples of medical malpractice:

If you believe you have a claim, contact the medical malpractice attorneys at Stenger, Diamond & Glass LLP today. We can advise you as to your next steps. We offer our deepest condolences to the families of those who have been affected by negligent professionals, and we encourage you to seek compensation to help with the associated financial burdens.