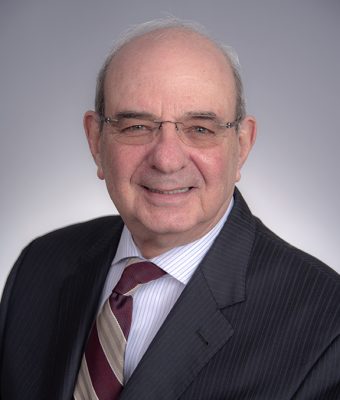 Albert P Roberts has been practicing law for nearly 50 years. He spent his first six years as an associate at the Russell E. Aldrich, a local firm in Poughkeepsie. After Aldrich’s death, Al became a partner at Crane, Wolfson, Roberts & Greller where he remained until 1990 when he became the Town Attorney for the Town of Wappinger.  He was briefly at the firm of Gellert & Cutler from 1990 until 1993 when he joined his present firm, now known as Stenger, Diamond & Glass, LLP (SDG Law).

Al’s municipal clients have included the Wappinger Central School District, the New Paltz Central School District, the Town of Dover, the Town of Union Vale, and the Village of Fishkill. In the 1980’s Al oversaw the first major amendments to the Town’s Zoning Code for the Town of Union Vale, and also drafted a complicated series of Local Laws and ballot propositions, which authorized the use of a portion of the Town-owned Tymor Park for a Town Hall facility. In 1996, Al was appointed Special Counsel to the Dutchess County Republican Legislative Caucus in a federal challenge brought by Democrats regarding the appointment of the Democrat Commissioner of Elections. He also negotiated the Agreement between the Village of Fishkill and the Town of Fishkill, which brought water and sewer service to the Town south of Route 52, enabling the commercial development which now exists.

Al is retired, but remains active in the practice with select clients and is a friend and mentor to every member of our firm. Al has provided assistance on various legal matters in the Town of Hyde Park and the Village of Wappingers Falls as well as the Joint Landfill located at the Dutchess County Airport.  While at the Town of Wappinger, Al has overseen several major Town-wide rezoning laws, the complicated negotiations between the Town and the Tri-Municipal Sewer Commission for sewer processing, and all legal work associated with the 1999 2R Water Improvement, which provided an interconnection of the Atlas water system to the Town’s Hilltop tanks for water distribution throughout the Town’s core as well as  a consolidation of the various water and sewer districts into United Wappinger Water District and United Wappinger Sewer District.

In the private sector, Al has worked on numerous commercial projects such as the original Walbaum’s Shopping Center (now Hannaford), Fishkill Shoprite (which required an annexation of property to the Village of Fishkill), Foam & Wash Facility on Route 9 in Fishkill (which required complex negotiations and agreements with the Village of Fishkill and the Town of Fishkill for water and sewer facilities), the Shoprite Plaza in Middletown (which required a complex assemblage of parcels, relocation of utility easements, rezoning and site plan review), the two plazas in front of The Galleria (currently the site of Dollar General and the Tilted Kilt Pub & Eatery), and the current site of the Wells Fargo Bank.

Al graduated from Suffolk University Law School in Boston in 1970 with a Juris Doctor degree.  He was admitted to practice before the Bar in New York State in February.

SDG Law handles a wide range of business matters for both emerging businesses and established companies including business formation, contracts and acquisitions, liquor licenses and buyouts.

Land Use and Zoning

We handle a wide range of development, land use and zoning concerns for New York real estate developers and businesses.

All aspects of real estate transactions, both commercial sales, acquisition and development, all aspects of land use, including environmental law, site plan, subdivision review and approval.